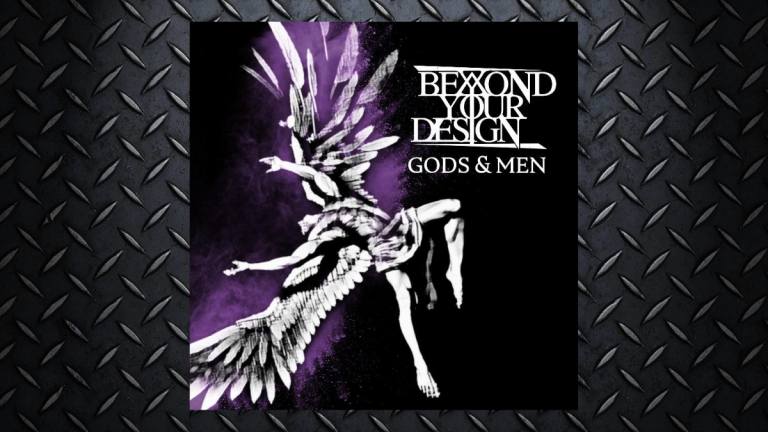 The first single in a drip feed of releases which are coming over the next few months, Gods and Men sees the Midlands quartet pin their influences squarely to the mast with a single that contains enough jagged edges to warrant a health warning.

With a classic Trivium/BFMV feel, Beyond Your Design combine fiery heavy sections with some surprisingly melodic elements that work nicely, underpinned by some subtle orchestral synths.It opens with a ferocious roar that segues into a brief spoken word that gives way to a thumpingly solid track. The vocals perform surprisingly well, the combination of growls, higher pitched screams and clean choruses knitting tight.

Elsewhere, those who enjoy walls of riffs are well served, and the song benefits from a crunchy production which accentuates the various instruments with a clear mix. The track combines some ferociously fast thrash elements with a slower, measured approach. Beyond Your Design have invested in a professionally produced multi-angle video which shows the band at their explosive best. Shot mainly in the chapel at Gloucester Prison in between lockdowns by Eric Revill-Dews of ERD Media, there is more fire in this video than the opening 25 minutes of a Rammstein gig as flash pot after flash pot ignites. Utilising synchronised headbanging, solo shots and landscape group projections, this all adds to the package and provides a wider and clearer indication of what the band are all about.

Having seen and heard this track, one can only be more disappointed about the postponement of the Devastator and Hellfekted tour as Beyond Your Design were also part of the package and would have provided the perfect opening for a feast of metal. We can only hope that this tour will return when things are calmer. Until then, get stuck into Gods and Men, and store your patience for the Together we Rise EP, due out in early March.