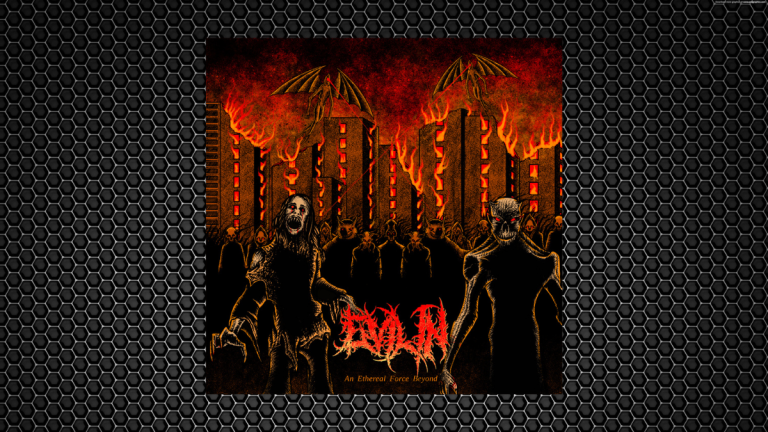 Gareth checks out the new two track EP from USA thrasher, Evil In, lets see what this guy deliver on the first outing…

If you fancy a quick death/thrash fix, you could do much worse than giving the debut from one man band Evil In, the 2-track single/EP ‘An Ethereal Force Beyond’ a try.

Starting with the brutal ‘Macabre Deadly Friend’ this is raw and gritty old school extreme metal, there’s nothing polished about this, and the production is suitably dirty and murky, which is just what the music demands, and there’s something pleasingly familiar with this opening track, and it’s obvious where the influences come from.

Second track ‘Ravager’ is a bit more varied, adding some doom-like dynamics into the mix while retaining the aggression. Whether this is a precursor to a full-length album I’m not sure, as the information I have about the band is fairly limited, but I do hope that more material is on the way. A good solid start, and something to build from.