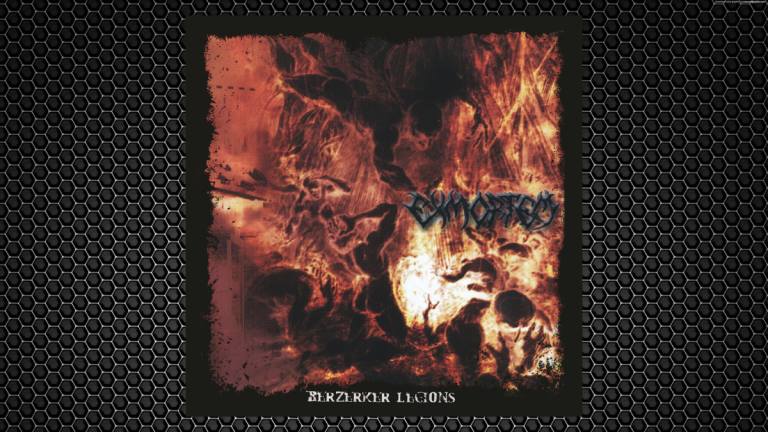 Gareth checks out the re-issue from Exmortem, in case you missed the release first time around…

‘Berzerker Legions’ is a re-release of the 3rd album from extreme brutal Death Metal band Exmortem, who hailed from Denmark. I’m not sure if this is part of a series of re-releases, or if this is a one off.

Suffice to say the music is complex and very heavy, down tuned guitars and blast beats are very prevalent, as are the guttural vocals that are absolutely mandatory. This is one for fans of the likes of Morbid Angel, Hate Eternal etc. Interestingly enough, for a third release, the line-up contains none of the original members.

This is a very competent Brutal Death metal album, it does no less, yet no more than it says on the tin. Standout tracks are difficult to pick out as there’s not a huge amount of variation across the whole album.

This appears to be a straight up re-issue to vinyl, there are no bonus tracks, no remastering or remixing, but it is on 3 different colours and the run is limited to 300. So, if you missed out the first time around, you better be quick and pick up your  copy now.