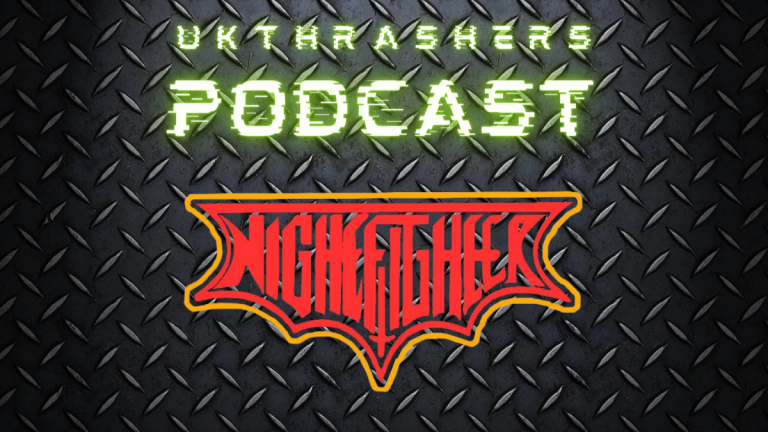 Another week, another blast from the underground, we head North to Glasgow and catch up with one man black thrash commando Night Fighter, and talk about the speed metal resurgence, analog media, writing, gigging and loads more

We have music from

Available on YouTube below, or Spotify, Apple Podcast etc 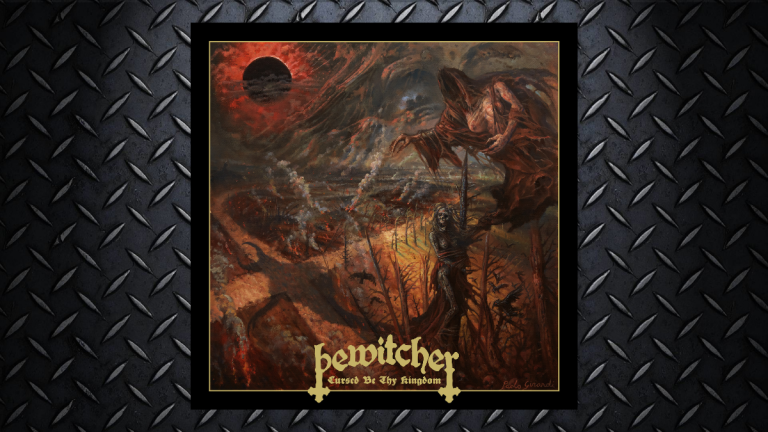 The third album from Portland’s Bewitcher and their first for Century Media, Cursed Be Thy Kingdom is a gnarly, gritty,and filthy under the fingernails type of record. For the history buffs, Bewitcher formed in 2013 as a duo, the enigmatic M. Von Bewitcher (vocals and guitars) and bassist A. Magus then recruited drummer A. Hunter. Two albums, the self-titled debut (recorded by Toxic Holocaust main man Joel Grind)and 2019’s Under theWitching Crosshave been spawned and are no doubt worth exploring. Cursed Be Thy Kingdomis mixed by Cameron Webb (Motörhead, Megadeth) and recorded by Armand John Anthony (Night Demon), and the sound is excellent throughout. From the misleading intro, the acoustic Ashe,which doesn’t provide any hint of the ferocious storm to come, through to the closing track Sign of the Wolf, this is a roller coaster ride which often sits more closely to classic heavy metal, albeit the faster elements of the genre and with a dirtier groove. Inevitably there is a huge range of influences that scream out at you as the album develops.

The rawness of Venom is ever present, although there is more than a serving of early Children of Bodom (especially on Death Returns). Elsewhere, the likes of Chrome Division and Motörhead are also evident. But don’t let that put you off, because this is a fierce record that rarely pauses for breath. It’s punky in attitude, aggressive enough to please those of the harder persuasion and with ample thick and heavy riffs.The tracks rarely slow, the pace frenetic and the feel one of a crazed runaway ride with no stopping mechanism! It’s only when Bewitcher apply their own brakes that you can draw breath. Highlights include the pacy Widow’s Bladewhich slips into power metal country for a brief but welcome moment, the drilling power of Electric Phantomsand the majestic pomp of Valley of the Ravens. By all accounts this was a bit of a bastard to make. Well, the hard work was worth it, for whatever the state of the world now, this is an album that makes you shake your head, pump your fist,and generally lose your shit. “The goal on this one was to make a classic sounding rock and heavy metal record but filter it through the Bewitcher lens.

It’s more personal and observational in certain spots, but with all the pleasures of flesh, magic, and sin that one could ever expect from Bewitcher.” So commented M. Von Bewitcher. I think the fuckers have nailed it. This works … on every level. 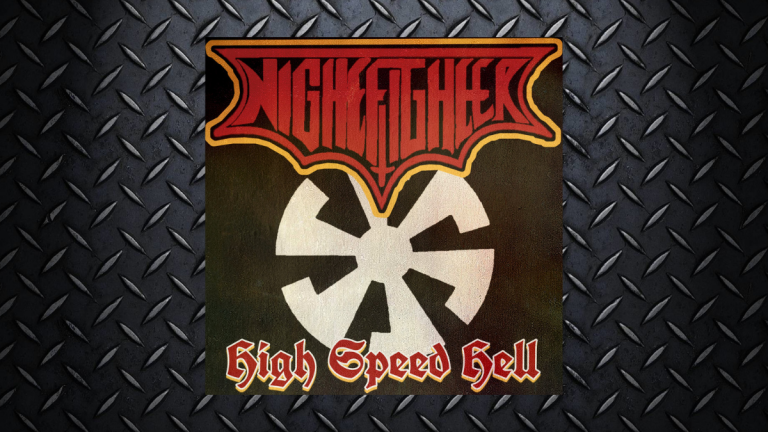 Scottish one man blackened thrash phenomenon “Night Fighter” is back with a four track EP to usher in February with a bang.

After the brief spoken intro (I won’t spoil it for you) the title-track literally bursts out of your speakers like a post apocalyptic wrecking machine, riffs and vocals almost tripping over themselves, they’re that quick, I love the solo in this one, there’s definitely a hint of early Maiden in the melody, yet it still has a slightly unhinged quality about it. ‘Feel the Force’ is next up, if anything it’s even faster, those Motörhead inspired licks barely under control and you feel like it’s all going to fly apart like some contraption out of Scrapheap Challenge, yet somehow, by adrenalin and sheer willpower alone, it just about holds together!

‘Altars of Iron’ comes out of the blocks before you’ve had chance to draw breath! So you better hold on and hope you don’t fall off, because at the speed this is going, the survival chances are none and slim, and slim has just left town! If you survived that, then EP closer ‘In the Black of Night’ does give you the chance to change your grip for a moment, as it bounces along on a bit of a groove for a few minutes rather than going at the 100 mph of the 8 minutes previous. The respite isn’t long lived mind, as the song builds nicely until its rattling along, although not at quite the pace of the previous three tracks, no this one takes the approach of bludgeoning you to unconscious a bit more than those ones.

This is an absolute blinder of an EP, don’t expect any refined, polished nonsense here, it does what it says on the tin! Job done

High Speed Hell is out Today on BandCamp Get It HERE or die a poser!